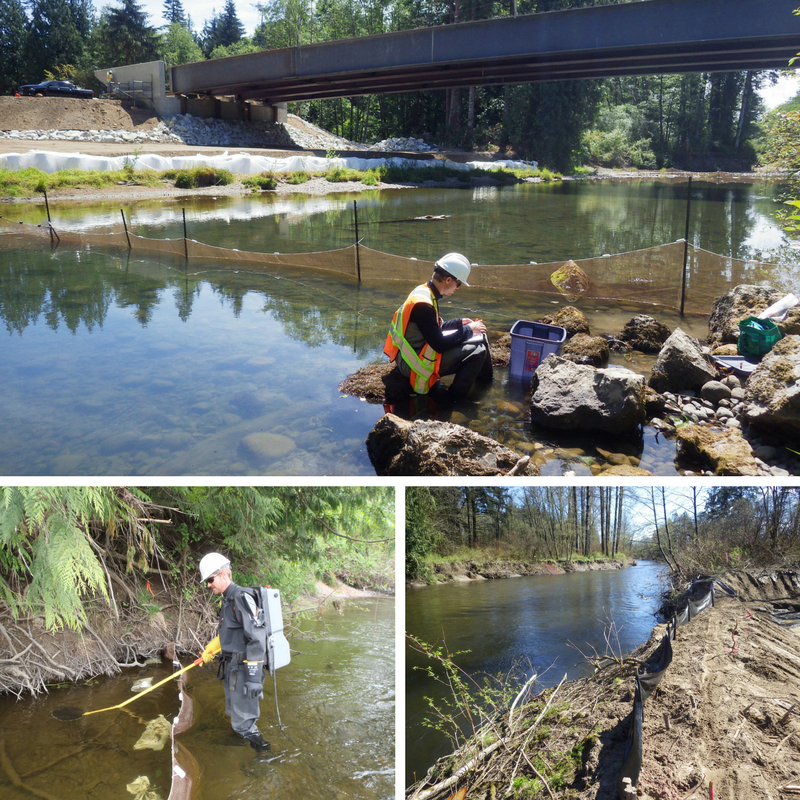 Knappett Industries (Knappett) praises Ecofish for contributions to the Rees Bridge Replacement and North Courtenay Connector Project after Knappett was awarded the Deputy Minister’s ‘Contractor of the Year Award in recognition of Excellence in Bridges and Structures.’  The project beat out over 20 other Ministry bridges and structures throughout the province of BC, a remarkable achievement!  Knappett management stated that the award was “a reflection of the hard work and quality workmanship put forth by all those involved.”

Ecofish was retained by Knappett as the Qualified Environmental Professional in the role of the Environmental Monitor and Regulatory Liaison for the project located approximately 3 Km’s north of Courtenay city centre. The project included a new 58 meter, 2-lane bridge across the Tsolum River to replace the existing 1-lane bridge and the installation of 7 large, structurally engineered culverts.  Ecofish was responsible for assuring work was conducted in compliance with the Project Construction Environmental  Management Plan, Project environmental work plans (e.g., Local Erosion and Sediment Control Plan, Knotweed Control Plan, Concrete Management Plan, and West Abutment Work Plan), and applicable permits, licenses, approvals, authorizations, and legislation.     Addressing a number of environmental concerns prior to and throughout construction, Ecofish helped ensure the project’s successful completion in November of 2017.

Congratulations to our Latest R.P. Bio. Designees on the Team!